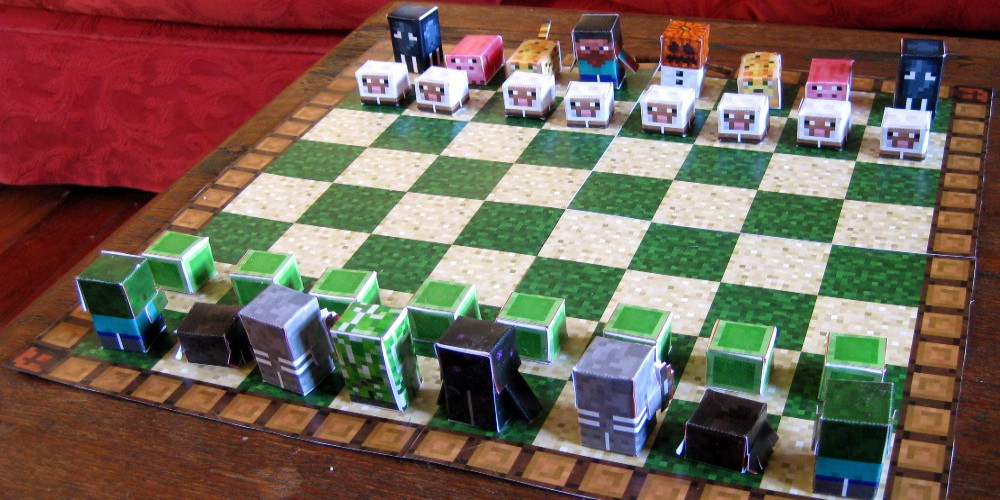 Video games are an inexhaustible source of inspiration for physical board game creators. Games like Portal and Fallout, for instance, are great examples supporting this statement. Ravensburger, the renowned creator of top-level puzzles and board games, is about to release two new Minecraft-inspired tabletop titles. Stay tuned for more information on the topic.

The long-fallen-into-massive popularity Minecraft game is, indeed, coming to tabletops. Again. This time, the sandbox survival magic takes the physical form of two awesome board games that are set to be launched within just a few weeks. Naturally, the titles are not exactly pioneering this Mojang’s blocky digital-to-real-world transfer. Previously, the idea was used within a line of LEGO sets and even incorporated into a fan’s tailored Minecraft Monopoly board.

One of the aforementioned soon-to-be-launched titles is called Minecraft: Portal Dash. It features about a sixty-minute gameplay and is allowed to play if you’re ten and older. As you progress through the game, you’ll work with your buddies to escape a dangerous dimension with lots of lava and hordes of not-so-friendly mobs.

The second blocky sandbox-inspired about-to-be-launched board game is dubbed Minecraft: Heroes of the Village. It features a twenty-minute gameplay and is allowed to play if you’re seven and older. As you get the playing going, your task is to shield your village from various calamities and hazards. This title will be rolled out as soon as 2023 kickstarts.

With all that said, the two named board games successfully preserve the visual and emotional aspects associated with the original digital title. They are sure to make a great addition to any dedicated fan’s compilation. Because the digital and physical game scenes are closely related, you get the chance to enjoy your favorite title all over again — while opening up to the new stuff along the way. To share your thoughts on the topic, you’re welcome to add your comments below. We value your opinion greatly and are always looking forward to it.