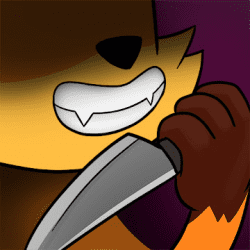 Suspects: Mystery Mansion is a Mafia-like logic casual game with a 9-person co-op, where users act like animals. According to the idea, there was a murder in the mansion and several of the best animal detectives were invited to investigate the case. However, the killers may still be in the building or even among the players.

The player-detectives need to search for clues and identify suspects, while the evil personalities of the players, who hide behind a pretty face, need to prevent this by all means available. Also like all such games, Suspects: Mystery Mansion features voice chat, several rounds, and the ability to vote for a potential bad guy.

Suspects: Mystery Mansion is extremely similar to ‘Among Us’ but also so very different. The casual atmosphere and the variety of tasks this game offers are one of a kind. The visual polish and the sound effects make the mansion come alive as you scurry around doing rudimentary tasks. Sometimes you can’t help but shudder as you fix a complex set of pipes with another player in close proximity as thunder roars in the background. This game is the 2021 successor to Among Us.

What ‘Suspects’ does differently is the native chat and speech features in the lobby. The conversation as people ‘sus’ and defend can be quite riveting. Another great feature is the ability to navigate the mansion as a ghost when you get killed off, you can go through walls and listen to other players discuss.

The post-game commentary and gloating make the entire experience as my friends would say very ‘wholesome.’ Also different are the playable avatars as they are simply too cute and have exceptional options to personalize, unique headgear for example. I had a mouse with a chef’s hat that looked exactly like Ratatouille.

The graphics are some of the best that I have seen in a casual game. The attention to detail is astounding, and the developers clearly put a lot of effort into making the game look and feel as realistic as possible. The animal avatars are extremely well designed, and I never had any problems seeing what was going on around me.

Suspects: Mystery Mansion is a very replayable game. There are several different game modes, and each one offers a unique experience. I never got bored of playing the game, and I always looked forward to playing it with my friends.

Suspects: Mystery Mansion is an excellent game that I highly recommend. The graphics are top-notch, the controls are responsive, and the replayability is excellent. If you like games in the style of Mafia or Among Us then you should definitely try this game. The game is a lot of fun, and I had a blast playing it with my friends.